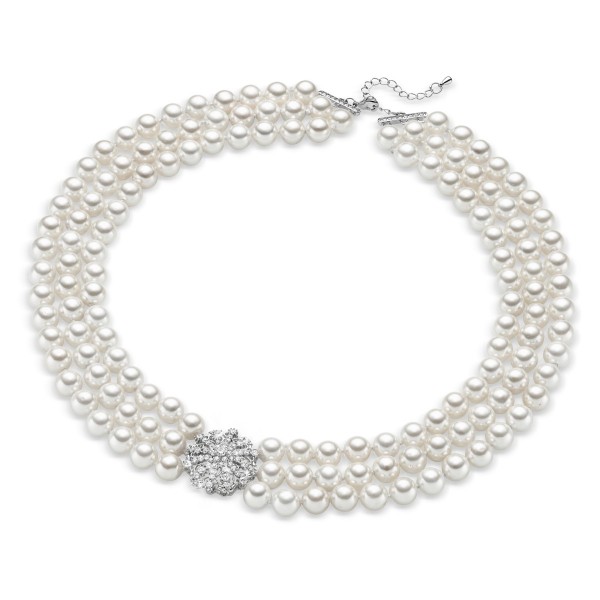 Description
Description
She was, without any doubt, the greatest style icon of her time and continues to be an... more
Close menu
'Audrey' Pearl Necklace

She was, without any doubt, the greatest style icon of her time and continues to be an inspiration today: the timeless elegant style of Audrey Hepburn is still admired by women(and men) all over the world. Whether she starred opposite Fred Astaire or Humphrey Bogart, or starred with Cary Grant or Gregory Peck, the woman with the 'world's most beautiful eyes' was always the centre of attention.Audrey Hepburn was known for her beauty, grace and her signature style. She charmed audiences with her breathtaking elegance as Holly Golightly in 'Breakfast at Tiffany's'. The film defined her career and catapulted her to iconic status.

Audrey Hepburn's portrayal of Holly Golightly, a New York society girl, established a new fashion standard for sophistication. In particular, one classic piece of jewellery she wore in the film epitomised her glamorous style: the iconic multi strand pearl necklace.

Now you have the opportunity to acquire a touch of Hepburn's elegance andstyle, with the beautiful 'Audrey' pearl necklace. This elegant multi strand pearl necklace with a beautiful flower pendant in genuine sterling silver, has been hand-set with a myriad of sparkling zirconia gemstones.