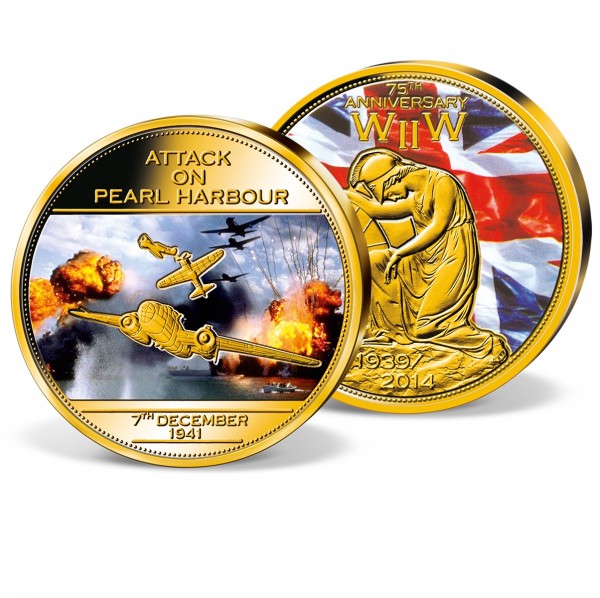 Hawaii, December 7, 1941: Just before 8:00 a.m., the first wave of Japanese planes attacked the United States without warning. The base was attacked by over 300 Japanese fighters, bombers, andtorpedo planes. By 9:45, when the air raid subsided, America's premier naval base lay in ruins.

Lasting just under two hours, the bombing sank or damaged 21 U.S. vessels, including eight battleships, and killed or wounded more than 3500 Americans. The next day, the U.S. entered World War II.