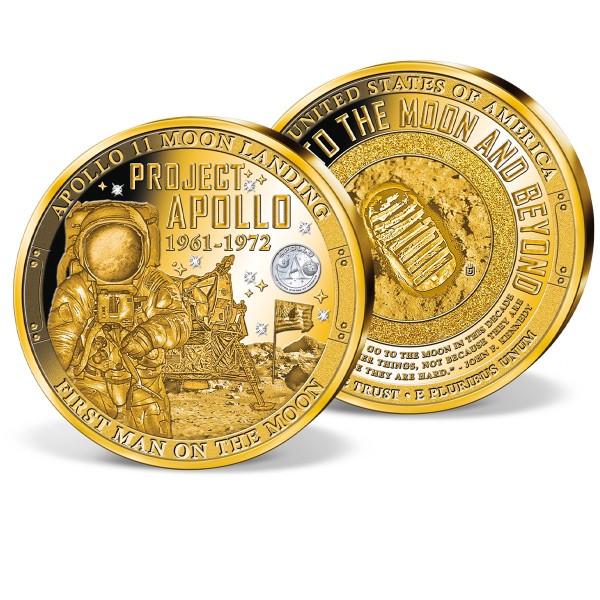 This colossal coin was specially designed and minted to commemorate the 50thAnniversary of the Apollo 11 moon landing. An incredible 70 mm in diameter, it is minted to the highest quality "Proof" standard and layered in brilliant 24k gold. The obverse features a beautifully sculpted image of Neil Armstong and the Apollo 11Lunar Module on the moon. Accenting the obverse are 7 sparkling Swarovski® crystal inlays and a silver-plated privy mark inspired by the original Apollo Program patch. The reverse shows Armstong's lunar footprint framed within a circle that is finished with a sparkling diamond-dust effect.