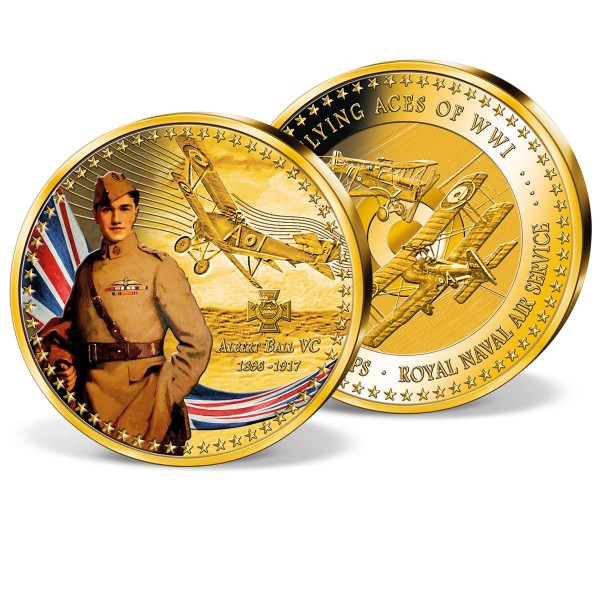 Albert Ball was awarded his pilot's wings in January 1916 and became well known for his flying achievements. During his military career, he shot down 43 enemy planes and one balloon, and contributed greatly to British air supremacy at the Battle of the Somme. He died in a plane crash on 7th May 1917, during a dogfight, near Douai, France. Captain Albert Ball was posthumously awarded the VictoriaCross, which was presented tohis parents by King George V.

The 100th anniversary of the end of the First World War was the perfect moment to remember this brave British pilot, who lost his life fighting for our country.