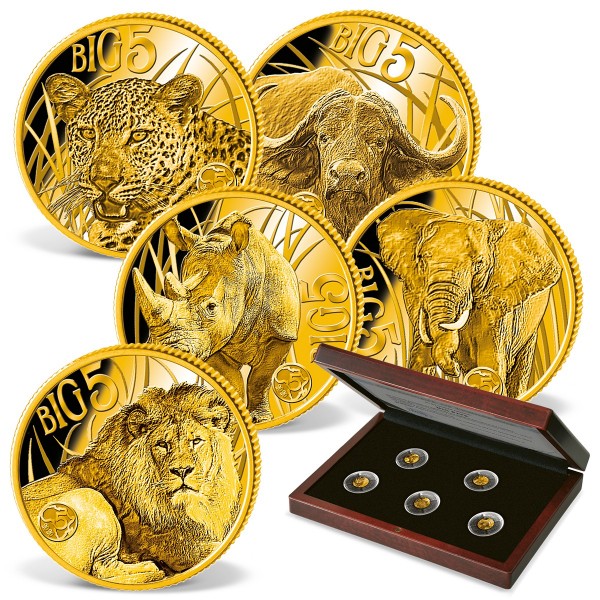 The 'Big Five' are the five most sought-after animals of the African continent: the African Lion, African Elephant, African Leopard, Cape Buffalo and the Black Rhino.

The early big game hunters described the 'Big Five' as the most dangerous and the most difficult animals in Africa to hunt on foot. These days the 'Big Five' have become a symbol of the African wildlife experience.

Today, tourists go on the hunt for the perfect snapshot of the 'Big Five'. Tourists and guides refer to them as safari royalty - the five most sought-after African animals to see on safari. However, these are still very dangerous animals. Wildlife parks that host the 'Big Five', such as the Kruger National Park in South Africa, make guests sign 'Indemnity forms' before beginning their safari,acknowledging that they are entering an area where dangerous animals could be a risk.

Now you can enjoy your own personal safari with this beautiful collector's edition and discover the majestic wildlife of Africa. This amazing 'Big Five' set features 5 solid gold coins, all beautifully presented in a luxury wooden display case and strictly limited to just 1,000 sets worldwide.