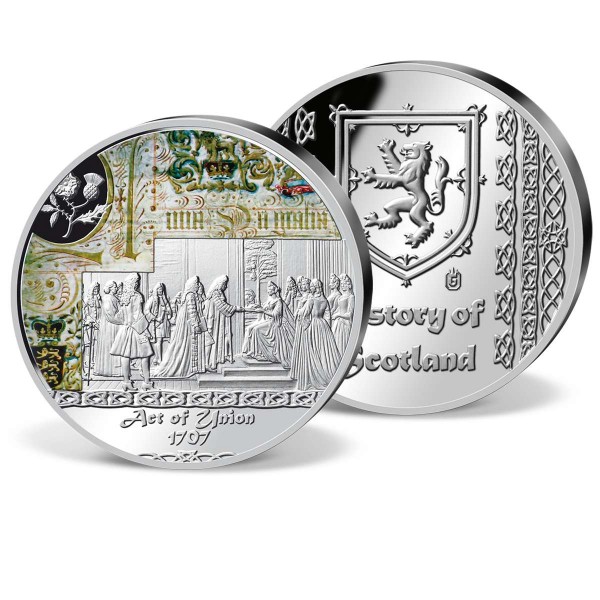 Description
Description
An Anglo-Scottish union had been proposed for many years, but previous attempts had been... more
Close menu
'Act of Union' Commemorative Strike

An Anglo-Scottish union had been proposed for many years, but previous attempts had been unsuccessful. Statesmen from Scotland and England saw potential benefits of uniting the two countries. Scotland wanted free trade and economic security, whilst England wanted an ally against attacks from France and to secure the Protestant succession to the new British throne.

An Anglo-Scottish union had been proposed for many years, but previous The Scottish Parliament signed the Act of Union on 16 January 1707, and the Act came into effect on 1 May 1707. Scotland and England became the United Kingdom of Great Britain. The two parliaments united to form the Parliament of Great Britain, based in The Palace of Westminster in London. Scotland was guaranteed access to the colonial trade markets, and England was guaranteed that the Hanoverian dynasty would succeed. Scotland kept some independence by securing its legal system, education and church. A new flag was designed - the blue St Andrew's cross of Scotland was combined with the red St George's cross of England, creating a Union flag for the new kingdom.