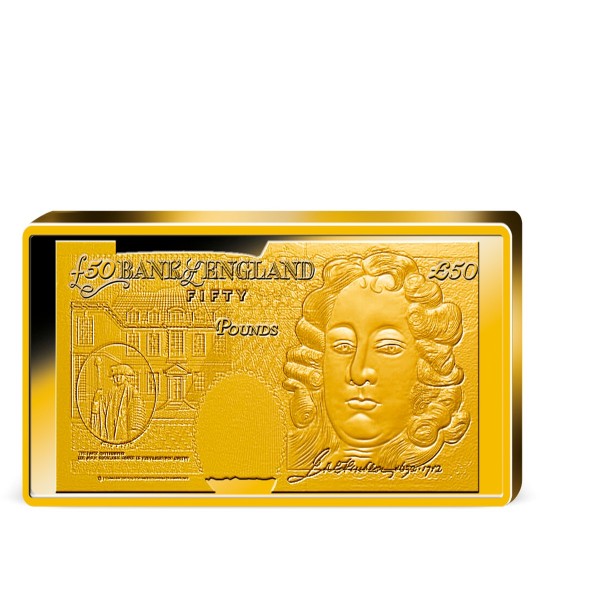 Your exclusive advantages:
Amount due: £66.95

Sir John Houblon was born on 13th March 1632, the third son of a Huguenot family who fled to England from Lille, to avoid religious persecution. He had nine brothers and three sisters, and marriedMary Jurin in 1660. His career was most unprecedented. He became the Sheriff of the City of London, a Lord Commissioner of the Admiralty, a Director of the New East India Company, the Lord Mayor of London and the first Governor of the Bank of England - the most senior position within the bank.

The banknotes of Houblon's era were not the same as those of today - they were handwritten in black ink on creamy white paper and were personally signed by the bank's chief cashier. The notes were issued in return for deposits and carried the promise to pay the bearer the sum of the note on demand.

An average income at the time was just £20, however, the bank did not issue notes for less than £50, so the majority of people would never have seen one of these early banknotes. When the Bank of England celebrated its 300th anniversary in 1994, Sir John Houblon was chosen to feature on the £50 banknote, to commemorate and honour the first Governor of the Bank of England.

Aftertwenty years of service, the £50 Houblon banknote was retired from circulation and replaced by the Matthew Boulton and James Watt £50 note. These are thought to be the last £50 paper banknotes, as they are sure to be replaced by a new £50 polymer note.