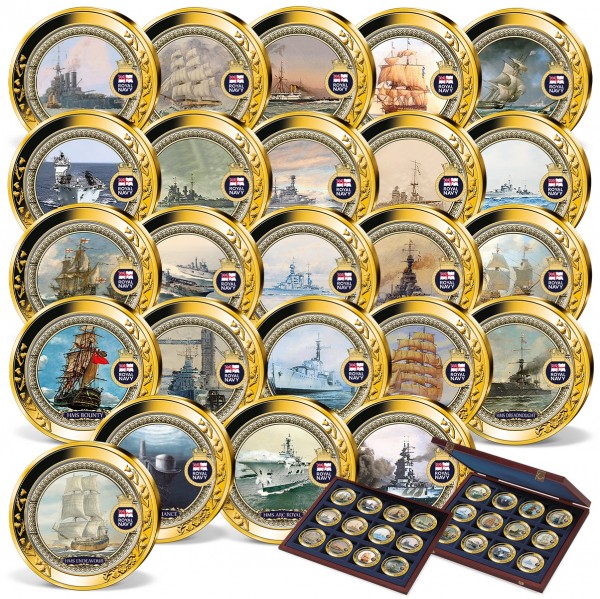 Naval power and prowess - this is what the ships of the Royal Navy stand for. No matter, what the challenge, Britain's naval defence can call upon an arsenal of warships and weapons - from patrol boats and survey vessels to aircraft carriers and assault ships.

Many famous British ships have shaped the history of the world world - for example the legendary HMS Victory, the flagship ofVice-Admiral Horatio Nelson, which led the British fleet to victory in the Battle of Trafalgar 215 years ago. Or the record-breaking Cutty Sark, the fastest ship of its time, which was restoredas a cadet training ship, and is now one of London's most popular tourist attractions.

The 24 most famous British ships of all time have now been commemorated with a stunning set of strikes, preciously layered with 24-carat gold and with beautiful colour detailing. Strictly limited to just 1,999 complete editions, this exclusive set is likely to become Britain's most eagerly awaited commemorative ship-collection ever.