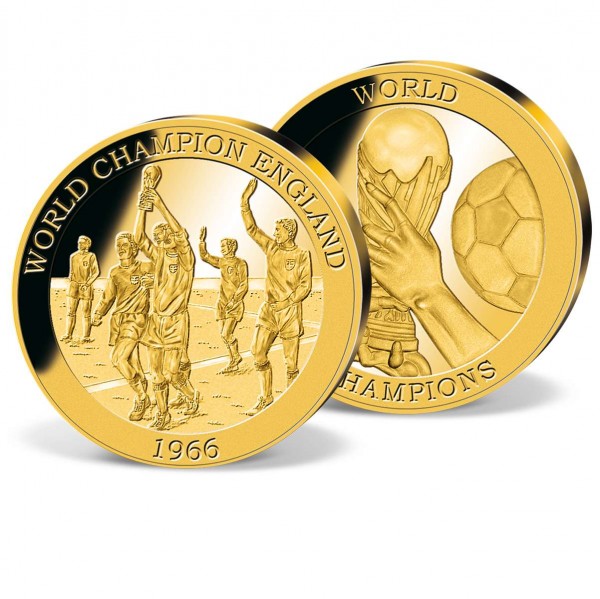 The date was 30th July 1966, and the stage was set as ninety-six thousand fans crowded into Wembley stadium for the finals of the 8th football World Cup between England and West Germany. The host team had managed to beat Uruguay and Argentina in the early rounds and entered the semi-final against the new top eleven from Portugal.

In thehighly dramatic final against Germany, England secured their victory and won the Championship, becoming the third team ever to do so on home soil. In the final moments of extra time Geoff Hurst powered home his third goal to give England a 4-2 victory and to become the first man ever to score a hat-trick in a World Cup final.

Even today, the final goal of the 1966 World Cup game remains one of the most famous in footballing history. Geoff Hurst's hat-trick, the disputed third goal and the commentator's line 'They think it's all over!' have become legends. Football greats like team captain Bobby Moore, Gordon Banks, Geoff Hurst, Martin Peters and Bobby Charlton have become indelibly etched in the memory of British fans.

England's '66 victory has become oneof the most celebrated events in 20th century British sport, and this victory is now celebrated on an exclusive gold coin.The masterfully engraved miniature coin, depicts England's moment of triumph: with the Three Lions victoriously holding the World Cup Trophy aloft in their hands.