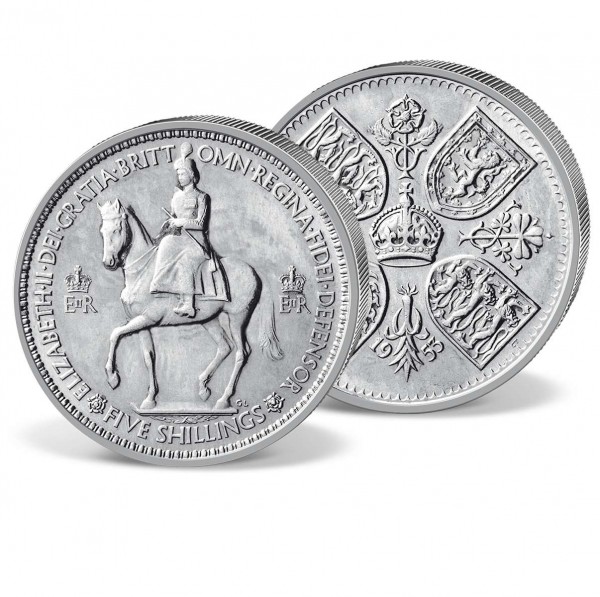 To commemorate Her Majesty´s coronation in 1953, the Royal Mint issued an unusual crown coin, featuring the young queen on horseback. Especially since Elizabeth II became the longest ever reigningmonarch in our history, this coin is hugely in demand from collectors all over the world. The first commemorative coin in Elizabeth II´s reign, it is an issue, that should not be missing in any British collection.

Unlike crowns produced from 1965 onwards, the Elizabeth II coronation coin released in 1953 by the Royal Mint still bears the 5-shilling value. Upon the death of George VI on 6th February, 1952, the Accession Council proclaimed his daughter successor to the throne of the United Kingdom. However, the official coronation in Westminster Abbey did not take place until 2nd June,1953. Elizabeth Windsor was 27 years old when crowned and had been married to Philip Mountbatten for almost 6 years.