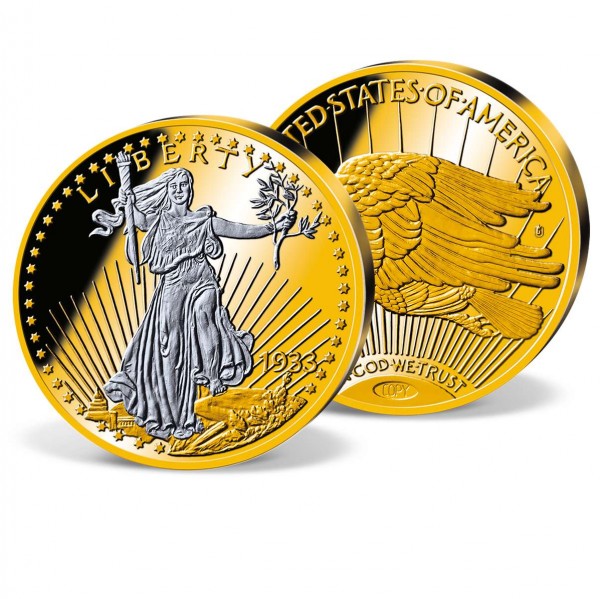 In 1904, President Theodore Roosevelt decided that American coins lacked artistic merit and needed to be redesigned. Roosevelt commissioned Augustus Saint-Gaudens, a master sculptor, to revamp boththe $10 Eagle and the $20 Double Eagle. Saint-Gaudens' "Walking Liberty" Double Eagle features a full portrait Liberty striding in the rays of the sun with an upraised torch and an olive branch, andis considered to be the most beautiful coin ever struck by the U.S. Mint.

Although 445,500 Saint-Gaudens double eagle coins were minted in 1933, they were never officially circulated and allbut 2 were ordered to be melted down. However, 20 were known to have been rescued and became highly coveted by numismatists. The U.S. Secret Service recovered and destroyed 9 of these coins, making the 1933 Gold Double Eagle one of the rarest and most valuable coins in the world.