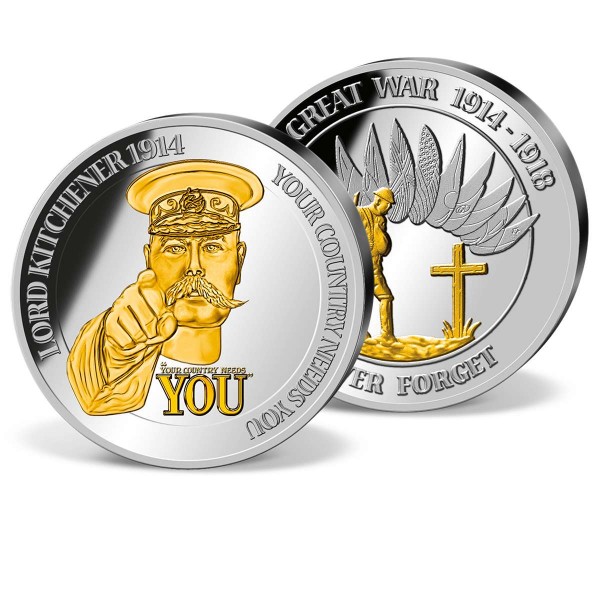 Description
Description
It is perhaps one of the most iconic and enduring images of the First World War: the commanding,... more
Close menu
'1914 Lord Kitchener' Commemorative Strike

It is perhaps one of the most iconic and enduring images of the First World War: the commanding, moustached face of Lord Kitchener, his finger pointing and demanding with the urgent slogan 'Yourcountry needs YOU!'

One hundred years ago, on 5 August 1914 - at the very moment that Britain became involved in the War, Field Marshal Earl Kitchener took over as Minister for War. Almost alone among his colleagues Kitchener foresaw a war lasting several years, rather than months, and he planned accordingly. His call to arms was a request for a "New Army". He had hoped for perhaps 100,000 volunteers within the first six months. Such was British patriotism, that by the end of 1915, one million people answered Kitchener's call. Kitchener's decision to raise the new armies was insightful; and proved vital to the winning of The War.